Shania Twain at the T-Mobile Center in Kansas City on Wednesday, July 19th 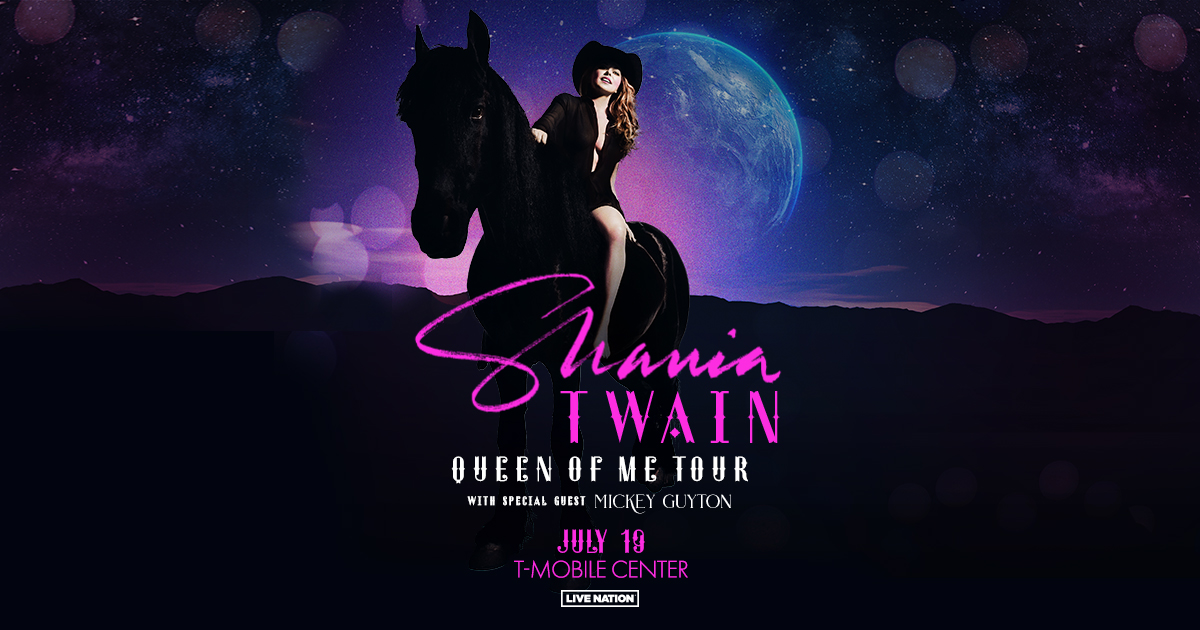 Shania Twain’s Queen of Me Tour will make a stop at the T-Mobile Center in Kansas City on Wednesday, July 19th 2023! Shania will be accompanied by special guest, Mickey Guyton.

Shania Twain’s concerts bring together her long list of hits and her newer material in thrilling ways, throwing back to her iconic videos while also using state-of-the-art stagecraft to make her appear larger than life. Her status as the queen of country-pop is only cemented by her stellar stage presence and the enduring power of her hits. Bottom line: She will impress you much.

Ontario-born Shania Twain has one of the most storied histories in country music, with chart-topping singles around the world and shelves full of awards. Her second album, 1995’s The Woman in Me, was her huge breakthrough, spawning her first Canadian No. 1 country single, the feisty “Whose Bed Have Your Boots Been Under?” as well as her inaugural U.S. country chart-topper, the saucy “Any Man of Mine.” Twain’s no-nonsense lyrics and smooth voice proved to be an ideal pairing for country-music audiences as well as the Recording Academy of America, who awarded Woman the 1996 Grammy for Best Country Album. From there, Twain went on not only to rule ‘90s country but to expand her terrain into pop. The lush ballad “You’re Still the One,” from her third album, Come On Over, became Twain’s first Hot 100 Top 10 single and topped charts around the world, with the swirling love song “From This Moment On” and the amusedly withering “That Don’t Impress Me Much,” also from that album, following suit. Come On Over would spawn 12 singles from its 1997 release until 2000, and those songs picked up four Grammys at the Recording Academy’s 1999 and 2000 awards.

In 2002 Twain showed off her wide musical palette with Up!, which was released in three editions that placed its 19 songs in pop, country, and “world” motifs. The album showcased Twain’s instinct for writing memorable hooks and proved to audiences that she could hang with pop’s biggest names. Twain put music on the back burner in the years that followed, releasing the occasional single while focusing on raising her son and dealing with health issues. She returned from the break in 2012 when she opened the Still the One residency at Caesars Palace in Las Vegas. In the years since, she’s released her fifth album, Now, executive-produced and appeared on the USA talent search Real Country, and announced a second Vegas residency, Let’s Go!, opening in December 2019. Previously, Shania Twain has sold out venues to capacity, like Zappos Theater and The O2.